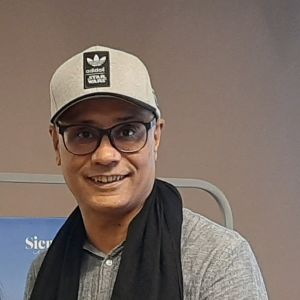 I had a very different view about charity and AID till I heard MIT professor Iqbal Qadir in 2009 presenting how the foreign AID had disempowered so many people in the developing world. The following facts Prof. Qadir presented were shocking –

1. 5 trillion USD were spent by the western donor countries in Africa in the last 2 decades, and the poverty index needle did not move in the right direction.

2. 75% of the population of the world lived in developing countries.

3. The wealth inequality was so huge that 162 families owned more than half the population in the world.

Prof Qadir introduced the idea that the development should be – of the people, by the people, for the people.

This was the start of my quest for finding more about the topic I knew very little about. Through Prof Qadir, I was introduced to the Nobel prize laureate Prof. Muhammad Yunus who pioneered the Social Business model and applied it in Bangladesh to transform the life of 9 million people. It reignited my passion for doing the things that mattered and I became a student of Yunus to learn about this model and wrote a quiet manifesto to follow the path of Social Business.

In 2011, a personal event changed my life further. During a week-long MBA  Study trip to Capetown SA, I along with my classmates met Vicky Ntozini who ran a small B&B business in the middle of a township of Khayelitsha. During her speech, she suggested how the poor did not need sympathy, they needed appreciation.  Through her persistent efforts, she had transformed her neighbourhood into something that was hard to imagine in the middle of a “Shanti town”.  This inspired me further and it started the conversation between us when I returned back to the UK about applying Yunus’s model in her neighbourhood to scale her impact further and we started to develop the Sonas business plan. Nov 2012, she was taken away from the world in a family violence case. She had sacrificed her life to the very same issues she wanted to address in her community. This was the point of no returning back for me but I had no idea how would it shape my future.

2012 –  During a CSR project visit to Cambodia through the corporation I worked at the time, I stayed with a village family and learned further about the challenges caused by poverty. Our host, Siphen Meas, took me to the village and showed how disempowering poverty was, confirming that it was the root cause of so many problems and none of the efforts so far had any sustainable impact in rural Cambodia. So, I thought I  had met Vicky’s spirit once again.

2013 –  Along with a friend,  we left our corporate jobs and moved to live with Siphen’s family in Cambodia. Together, we introduced the Social Business model in her village. The idea was to create an example of success through this model and share it with others to create a network effect. We started with 7 women in the village who thought they had no skills, together, we started to learn about handwoven fabric and launched the Weavers project with an investment of less than $5000 that came from 30 friends. This changed my life forever, as I  saw how talented these 8 women were, the project was self-sustaining within 45 days. This is when I knew how empowering entrepreneurship is when it is combined with the passion and purpose of the people who work together to pursue a well-defined vision.

Siphen now live in Texas with her husband and son, her daughter just finished her PhD from the University of Hawai and her Son is on the way to follow his journey after finishing a business degree. I now live in the village with her brother & his wife, her mother ( 85 years young), her niece Linda Meas & her husband. Linda (who is Vicky and Siphen together) leads all the projects we started subsequently in Cambodia along with our team that has grown since 2013.

I know that our work has just begun, same as how Yunus’s work began nearly 40 years ago, I may not be around when the real impact is experienced in these villages, Afterall, who would expect a forest to be visible in short 8 years. I am so grateful to have found the purpose and so can anyone else.

The Elusive Quest for Growth, Economists’ Adventures and Misadventures in the Tropics, William Eastrley, Professor tt NYU and former researcher at the World Bank.

Sonas is a social enterprise business that engages the expertise of professionals/advisors to co-create self sustaining, self supporting and empowered communities who will then be able to teach and inspire others to do the same.
Facebook-f Twitter Instagram